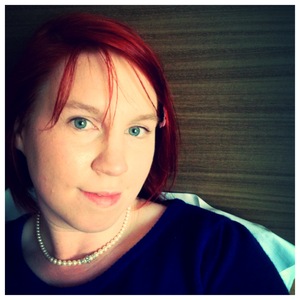 Kate Pielou first performed for the public in 1987 aged just seven. She has trained in Speech and Drama, Music and principally Voice; Classical Singing, Opera, Musical Theatre and Pop Vocals.
Support credits go to Judith Sheridan, Patricia MacMahon, Catherine Mikic, Elizabeth Hetherington for their combined years of guidance.
Amongst the endless list of grades and BTEC National Dipolma’s in music, her vocal credentials include two diplomas, deeming her both a Licentiate and Associate of the London College of Music (Thames Valley University)

She studied Choral Singing extensively under the baton of Christopher Bell during her seven years with the Ulster Youth Choir, of which she was a founder member and featured soloist, performing in Paris, Edinburgh, Glasgow, Dublin and many locations across the province. Utilising her position as Head of Performing Arts at another Music establishment, she runs a series of workshops for primary schools focusing on music appreciation, and music theatre.

Her performance credits include ‘Tosca’, ‘Rigoletto’ (Countess, Castleward Opera) and ‘Carmen’ (Cork National Opera), ‘Calamity Jane’, ‘Les Miserables’, ‘Joseph’ (Narrator), ‘Anything Goes’, ‘Me and My Girl’, ‘Rent’ (Mrs Cohen) and ‘Pirates of Penzance’ (Mabel – for which she received an award in the Best Vocalist category by A.I.M.S). Kate has worked with Amos Christie, Peter Corry, and a host of incredible artists. She is on the original cast recording of ‘On Eagles’ Wing’, a new musical around the story of the ulster scots which was then used in each performance on its World Tour. Kate was a featured soloist for many years with the Cavalcade of Song, the Music Box, and has performed at Stormont.

Kate is frequently appointed to provide music for wedding ceremonies, either to perform or also arrange/ organise the entire set of music for the ceremony.

During the School term Kate works as a Voice teacher and enjoys helping her students to flourish, successfully applying to Performing Arts Courses in Universities and Conservatoires. (RCM/ RAM/ TVU/ LIVERPOOL/ MANCHESTER UNIVERSITY/ PPA/ GUILDFORD)
Students aged 7 to Adult are welcome to sing for pleasure and personal development or to study for exams. (Classical-Opera / Music Theatre / Pop) Exams may be taken with ABRSM, LCM, TRINITY GUILDHALL)

Kate has been the singing teacher at Stagecoach Theatre Arts – Belfast since 2006 and feels privileged to be involved in shaping the stars of the future, aged 5-18, helping them to build confidence, life skills & the opportunity to perform in professional theatre, tv & film productions. Most recent student theatre credits include the Sound of Music (puppet chorus/greta/ Liesl) Joseph (childrens chorus), Evita (solo child – Santa Evita), La Traviata, Otello (angel) West Side Story (London). Her students have appeared in Titanic (BBC), Good Vibrations, City of Ember.