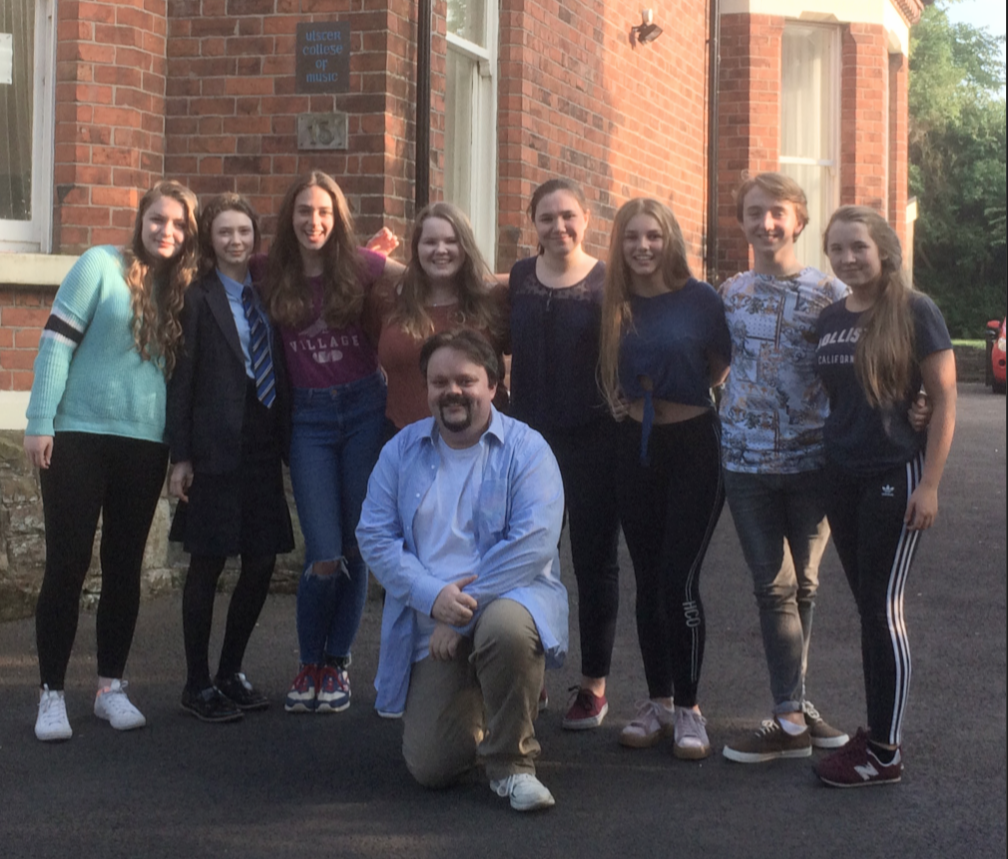 Declan Plummer is a music teacher, a music lecturer and a musicologist, with research interests in music in nineteenth-century Britain and Ireland. Born in Belfast, Declan’s enthusiasm for classical and Irish traditional music was strongly encouraged by his parents during the 1980s and 1990s while studying at school and attending the Ulster College of Music for piano and music theory lessons. In 1997 he began learning the uilleann pipes at the Belfast Traditional Music and Dance Society, where the renowned uilleann piper, Tom Clarke, taught him for four years. During this time, Declan attended various festivals and all-Ireland Fleadh competitions, and added several more instruments to his studies, including the Spanish requinta, Irish Bouzouki, Irish flute, Bodhrán and traditional guitar.

In 2001, Declan went to University College Cork to do a Bachelor’s degree in music. Although his degree focused primarily on classical music, it also allowed for the study of Irish traditional music and other types of world music. As a result, Declan continued to receive lessons in tin whistle and uilleann pipes under the supervision of Mary Mitchell Ingoldsby, and for his major-study option he produced a dissertation entitled ‘The Structure of Irish Traditional Music for the Uilleann Pipes’. After successfully completing his undergraduate work at Cork in 2005, Declan continued his studies at Queen’s University Belfast, where he acquired a Master’s degree in music in 2006 and was awarded a PhD in musicology in 2011 producing a dissertation, under the supervision of Professor Jan Smaczny, that focused on the conducting career of Sir Hamilton Harty. Declan has published articles on Harty in several academic journals, including The Musicology Review and the Journal of the Society of Musicology in Ireland. He also contributed to a chapter on Harty for the book, Irish Music History, 1790-1920: Documents, Sources, Perspectives, published by Four Courts Press in 2016.

During his postgraduate studies, Declan also began to teach music professionally and acquired significant experience working with a variety of people of different ages, abilities and backgrounds (including school children, university students and adult learners) in large classes and small tutorial groups, across a range of working environments: he delivered many series of lectures in music history, music theory and Irish music at the Down Arts Centre and the School of Education in Queen’s University Belfast as part of the university’s Open Learning Programme; he delivered workshops in bodhrán and uilleann pipes at various branches of Comhaltas Ceoltóirí Éireann throughout Ireland; and he taught as a volunteer tutor at the Andersonstown Traditional & Contemporary Music School in Belfast.

Since leaving university, Declan has continued his passion for teaching music theory, aural skills, music history and Irish traditional music and has significantly developed his research. Along with the late Roy Johnston, he is co-author of The Musical Life of Nineteenth-Century Belfast (Farnham: Ashgate Publishing Limited, 2015), the first ever publication to give a detailed examination of the city’s musical history.

Declan teaches music theory and aural skills (Grades 1 to 8 ABRSM syllabus) at the City of Belfast School of Music, and he continues to teach the uilleann pipes, flute, guitar, bodhrán and bouzouki in one-to-one lessons. Furthermore, Declan also works as a teaching assistant at the School of Arts, English & Languages in Queen’s University Belfast where he delivers lectures and tutorials for undergraduate students who take modules in music theory and music history as part of their Bachelor of Music (BMus) and Bachelor of Arts (BA) degrees.

Apart from music, Declan’s other hobbies include IT and reading. He particularly enjoys learning about new ways of using technology in his teaching, including the use of multimedia presentations, iPads, Apps and creating and developing his own website, so it’s not surprising that he volunteered to be the UCM website administer and designer. He admits to being a bit of a geek!