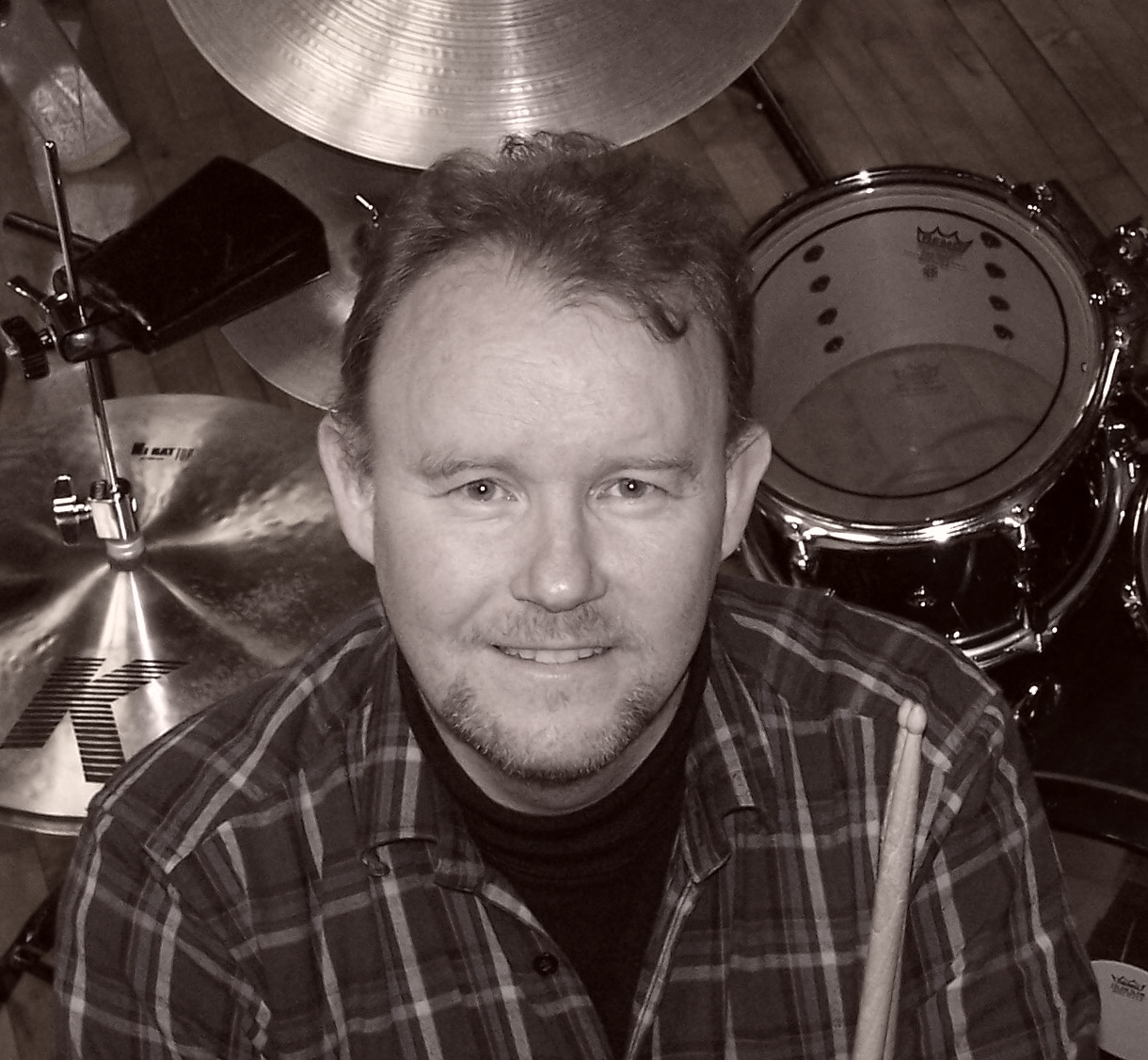 Alan Sykes began playing drums at the age of 9 and by age 14 was as busy as any other semi-professional musician, playing for theatre musicals, shows and occasional session work. He studied classical percussion for 5 years at the Belfast School of Music, gaining an early reputation as a competent percussionist as well as an accomplished kit player. As an older teenager he was the timpanist with the well known Studio Symphony Orchestra, under the baton of David Openshaw (now retired timpanist of the Ulster Orchestra).

In the late 70’s at the tender age of 16 he was the rhythm man behind the professional London Theatre production of Grease at the Lyric Theatre, Belfast. This was long before the current day nostalgic ‘re-runs’.

A year later he, along with other band members Rod Wallace and Andy White (now a successful recording artist) performed as the first and only Jazz-Rock outfit in Ireland. The band called ARCTURUS supported Maria Muldaur (‘Midnight at the Oasis’ 1974 Grammy nominee) at the RDS in Dublin and at the Whitla Hall, Queen’s as well as headlining at the prestigious tres cool surroundings of the modern art gallery in the Ulster Museum. This gig was a phenomenal success with Chris Harbinson of the Belfast Telegraph giving the young outfit a rave review concluding that ‘their music was a true collective effort held together by Alan Sykes’ flexible drumming’ (Belfast Telegraph – 24 July, 1980).

In the mid 80’s Alan, based in the W.Midlands and playing full-time throughout the UK enjoyed working and recording with many of the best known contemporary gospel artists including multi-million seller, songwriter Graham Kendrick, Dave Pope and Chris Eaton (singer-songwriter for Cliff Richard and Amy Grant) as well as working with Nigel Pegrum (Steeleye Span).  He played most of the major concert venues throughout the mainland including Wembley Arena and Preston Guildhall, playing for live radio and TV broadcasts, and all the while gaining valuable experience including a one-off gig with Sir Cliff Richard.
Alan, now based back in Belfast continues to play regularly in a wide variety of situations from musical theatre to small group jazz, blues and rock gigs. He has been teaching drum kit and orchestral percussion in schools throughout the greater Belfast area and privately for the last 20 years.
DRUMSCHOOL BELFAST