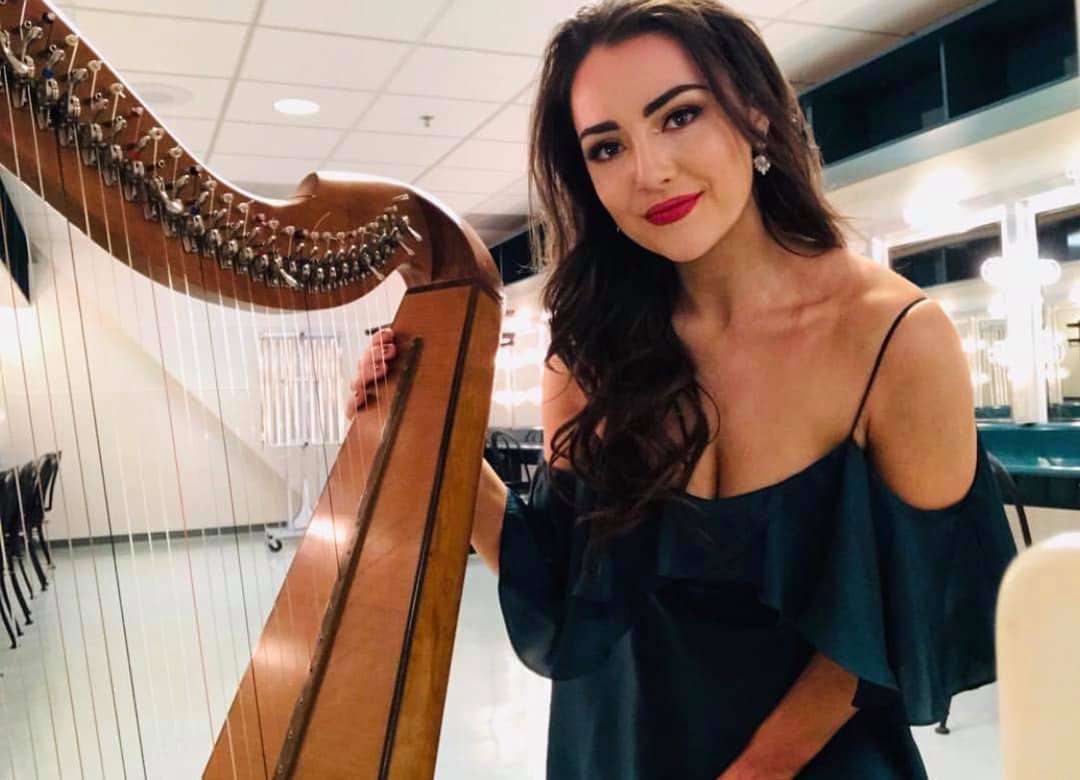 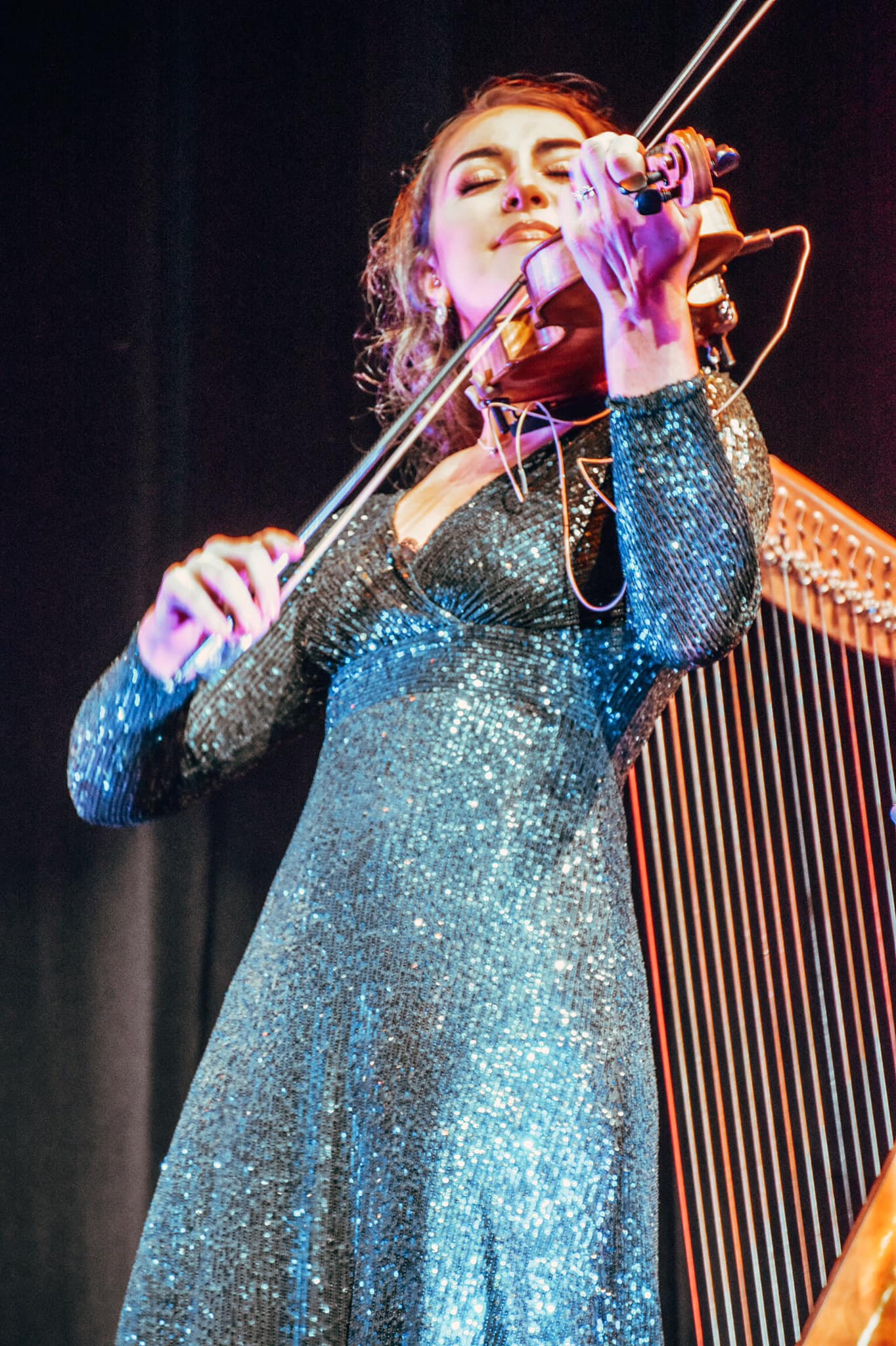 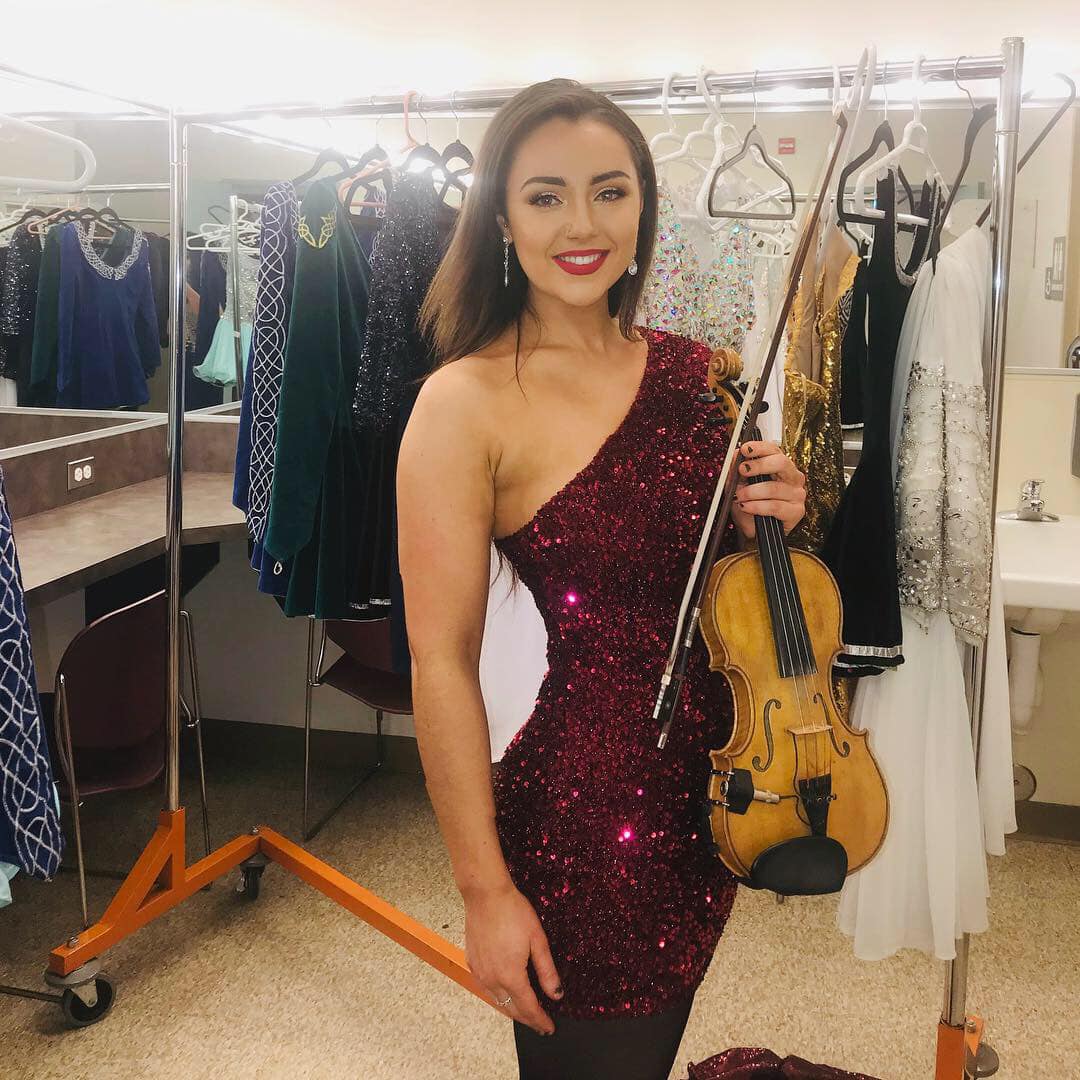 Kate Heneghan is a 24 year old violinist, harpist and pianist from Castlebar, Co. Mayo. Kate graduated with a first-class honours music degree from the University of Limerick in June 2018.

Since her mid-teens Kate has been in demand as a musician both nationally and internationally. Her performances, with various troupes, have taken her across the globe from Britain, Germany, Belgium, Italy, Spain, France, Austria, Netherlands, Poland, the United States, Canada, China, Fiji, Australia and New Zealand playing in some of the world’s most prestigious venues. The National Centre for Performing Arts (Beijing), The Tempodrom (Berlin) Aras an Uachtarain, The Helix, The 3 Arena, The National Concert Hall, The Millennium Forum (Derry), The Waterfront (Belfast) count amongst some of the venues where Kate has enraptured audiences with her lively, authentic and upbeat performances.

Kate is the recipient of the Music Generation/U2 bursary for exceptional musician as well as been awarded a scholarship from UL to represent the Irish World Academy in the USA. Kate makes regular appearances on TV and radio (BBC / RTE / TG4 / TV3 / Irish TV / RnaG).

Increasingly in demand as a tutor, Kate regularly gives workshops (harp, fiddle, piano) and lectures on the history of traditional Irish music in renowned music schools / colleges such as The University of Mozarteum (Salzburg), The International School Brussels EEBIV, Milwaukee Irish Fest Summer School USA and Scoil Acla. She co-founded Westport Scoil Cheoil which is now recognized as one of Ireland’s premier music summer-schools. Kate is a published author on Irish music in peer-reviewed academic journals and books.

Coming from a well-known traditional-music family Kate and her family are all multi-instrumentalists and singers. They perform and tour regularly together both nationally and internationally.

A member of Ireland’s award-winning country music band ‘Hurricane Highway’ Kate and the band released their debut CD ‘Exposed’ after their viral internet success, accumulating over 2,000,000 views on YouTube.

Kate is also part of a four-piece Irish folk-band ‘Emerald Tide’ who enchanted thousands of people each week on board the ‘Ruby Princess’ Cruise Ship. Latterly, Emerald Tide came to media attention in Ireland for their stoic good-humour and resilience during the corona-virus pandemic.