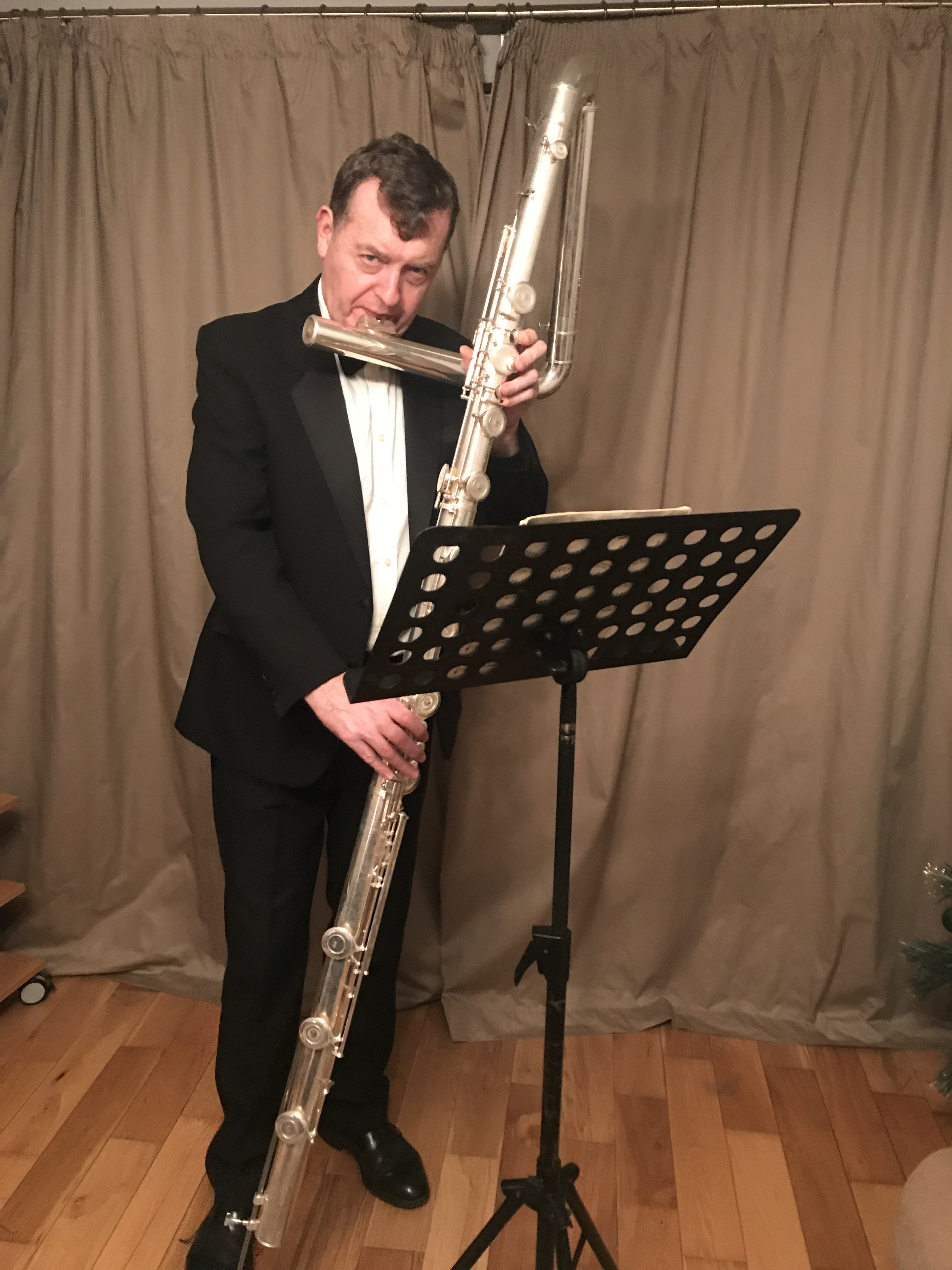 John is from Belfast,  and started playing the flute from the age of 11 years.   He has experience in playing all the flutes from the flute family, with a focus on the bass and contrabass instruments.   He played bass flute in ‘Fluters’ Five’, a quintet, which performed Irish traditional music.  They made various recordings for BBC radio and television, and also produced two albums.  They were also winners of the Dublin International Music Festival (Folk and Commercial section, 1980 and 1981) on two separate occasions.  Another group called ‘Flutilla’ was later formed, in which John played concert flute, treble flute and piccolo.  They too, made various recordings, and have performed on local television and radio.

John performs as a soloist and is a member of the Whitehead Community Orchestra. He also plays with the East Antrim Accordion Orchestra, and plays contrabass flute with Ballymena YC, Concert Flute Band. He is also an accomplished Arranger.  He has arranged for various instrumental ensembles, although the majority of his work has been for concert flute bands.  In fact one of his arrangements was performed in the 1989 Convention of the ‘National Flute Association of USA’ at Texas University.  You can also hear his arrangements played regularly on BBC Radio Ulster’s ‘Strike up the Band’.  John has also performed as a Percussionist for various bands and ensembles over the years.  He has experience in playing most percussion instruments and is currently a contest percussionist with the Cumbrian band, ‘Burneside Brass’, (England).

He has taught on a one-to-one basis, and has many years experience of conducting and directing groups.   He has a Certificate of Music from the University of Ulster, and a Bachelor of Music from Queens University, Belfast.

Hobbies are walking, cycling, travelling, and anything musical.